I do not claim ownership of any footage or songs used in this video, all of which belong to their respective owners.

Viacheslav Borshchev (5-1) is one of the best Kickboxers to venture into the UFC’s dangerous waters. In addition to 300 kickboxing matches and numerous titles, “Slava Claus” is undefeated in pro boxing at 2-0. The 30-year-old is a savage with his strikes and he makes his UFC debut Saturday, 1/15, at UFC Vegas 46.

Slava was born in Volgograd, Russia in 1992. The City was originally named Tsaritsyn in 1589. But in 1925 it was renamed to more-familiar Stalingrad, after notorious Soviet leader Joseph Stalin and where the most famous battle of World War II was fought. In 1961 New Soviet Leader renamed it Volgograd and Borshchev felt that fighting culture from his roots.

Viacheslav began kickboxing in his adolescence and found famed Russian coach Dmitry Solomin. The duo instantly were successful, winning multiple national and international titles in the amateur ranks before going 18-2 as a pro. After compiling over 300 matches Borshchev turned his attention to MMA and boxing.

Now his 2-0 boxing record is on hold, because “Slava Claus” is bringing the year-round holiday spirit to the octagon. Alongside Coach Uriah Faber and Team Alpha Male in Sacramento, California, he compiled three KO’s before winning his Dana White Contender Series call. He debuts against Dakota “Hairy” Bush (8-3) a relative newcomer as well in the promotion with a single hard-fought L on short-notice. This battle is main card worthy at UFC Vegas 46: Kattar vs. Chikadze and it all goes down at 7 PM ET.
#UFCVegas46 #MMA #SlavaBorshchev 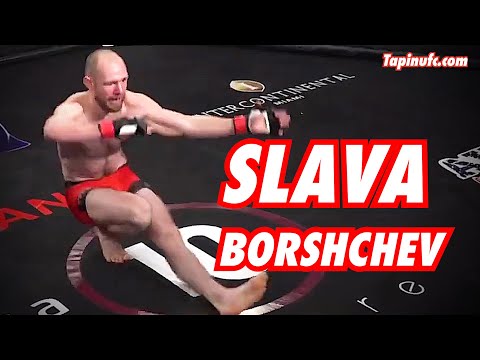