Ray Cooper III, 29 years old, the pride of Waianae, Hawaii, has a fight record of 24 wins and seven losses. At this time, Braddah Boy keeps getting better and better.

Ray Cooper III is currently on a six-win streaks.
Carlos Leal Miranda is a 29 year old fighter from Curitiba, Parana, Brazil. He holds a fight record of 16 wins and three losses and has a ten-win streak.

Leal joined PFL shortly after being crowned the LFA Welterweight Champion in 2021. In February, he knocked out Korey Kuppe in 56 seconds of round 1, earning his contract for PFL Regular season. In April, he faced Chris Brown and won via Split Decision.

Can Carlos Leal survive Ray Cooper III and get his third win in three months? 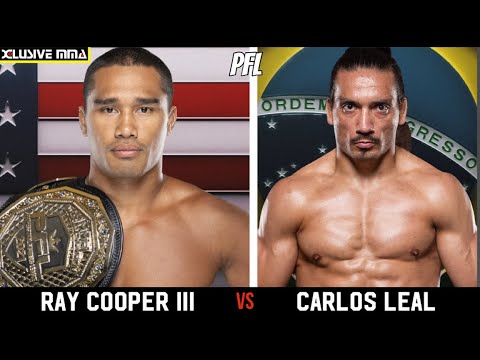